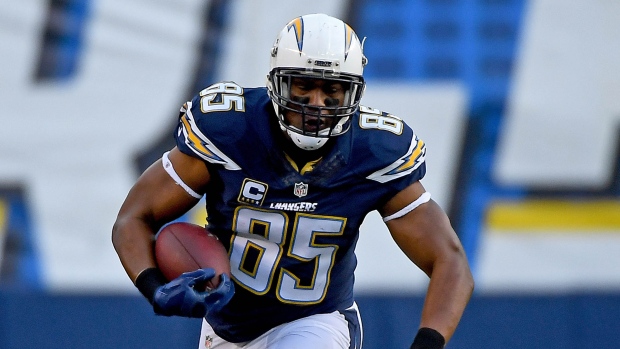 Antonio Gates has decided to hang up his cleats.

Gates, who played all 16 of his seasons in the NFL with the Los Angeles/San Diego Chargers, announced on social media Tuesday that he is retiring from the NFL.

After not playing football in college, Gates signed with the Chargers as an undrafted free agent in 2003 and ultimately wound up becoming one of the NFL's greatest tight ends ever. During his career, he was selected to eight straight Pro Bowls (2004-2011) and was named an All-Pro five times in his career (2004-2006, '09-10).