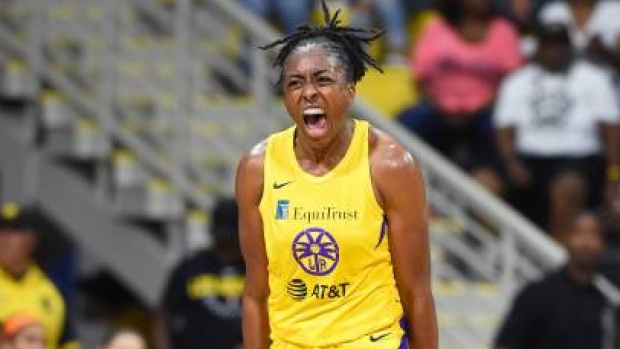 LOS ANGELES -- — Nneka Ogwumike had a putback of a missed 3-pointer with 0.1 seconds left to help the Los Angeles Sparks edge the Atlanta Dream 66-64 on Thursday night.

Atlanta made a 3-pointer on back-to-back possessions — by Aari McDonald and Crystal Bradford — to tie it at 64 with 25.6 left.

Kristi Toliver dribbled down the clock and attempted a long 3-pointer that hit off the back and front of the rim. Ogwumike grabbed the rebound in traffic and ignored the inadvertent shot-clock buzzer to put it off the glass and in.

Los Angeles led by 17 points in the second half, but went scoreless for four minutes in the fourth quarter as Atlanta pulled within 62-58.

Courtney Williams scored 23 points and grabbed 11 rebounds for Atlanta (6-16). McDonald scored all 15 of her points in the second half.

On Tuesday, Toliver forced overtime with Atlanta on a last-second jumper and the Sparks pulled away for an 85-80 win.