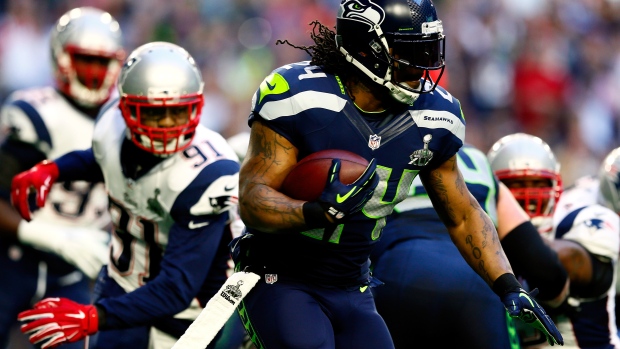 SEATTLE - Marshawn Lynch's mom is calling for Seattle Seahawks offensive co-ordinator Darrell Bevell to be fired in a post on Facebook.

Delisa Lynch posted her comments late on Monday night after her son was stopped on a fourth-and-1 run play in overtime as Seattle dropped its season opener to St. Louis 34-31 on Sunday.

Delisa Lynch wrote that Bevell is the "worst play caller ever," and that the run play on fourth-and-1 against the Rams was called only to justify the fact Seattle did not call a run play from the 1-yard line in the Super Bowl when Russell Wilson's pass was intercepted by New England's Malcolm Butler.

She added that the Seahawks staff "loves" Bevell "more than a win."

The Seahawks travel to Green Bay on Sunday in a rematch of the NFC championship game.