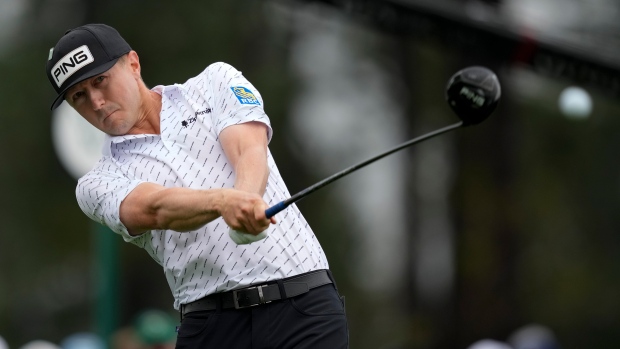 Four Canadians made it through the arduous qualifying for the U.S. Open on Monday, giving them spots in the year’s third major championship.

Mackenzie Hughes, Nick Taylor, Ben Silverman, and Roger Sloan advance to the Open to be held at The Country Club in Brookline, Mass., June 16-19.

It will be the fifth Open for Hughes, who last year went into the final round with a share of the 54-hole lead. Taylor, who was the low amateur at the 2009 U.S. Open, will play for the fourth time.  Silverman and Sloan will make their debuts at the championship.

The 36-hole qualifier was held over two courses, the Lakewood Country Club and Royal Oaks Country Club, in Dallas. Hughes, Taylor and Silverman all finished with scores of nine under. Sloan was two back of that and fell into a playoff with six players playing for two spots. A birdie on the first extra hole allowed the Merritt, B.C., product to advance.

Not so lucky was Adam Hadwin, who was also in the playoff but failed to move on. He will be the first alternate from that qualifier and, based on previous years, will likely end up in the field as committed players pull out for various reasons.

Corey Conners is also in the U.S. Open, earning a spot by virtue of being in the top 50 in the Official World Golf Ranking.