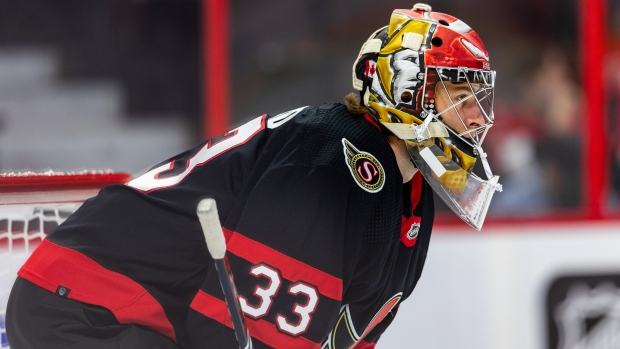 ROCHESTER, N.Y. — Rourke Chartier scored in the fourth round of the shootout Friday, leading his Belleville Senators to a 4-3 win over the Rochester Americans in American Hockey League play.

Cole Reinhardt, Mark Kastelic and Egor Sokolov all had goals for the Senators (14-15-0) in regulation, and Jake Lucchini also beat Americans netminder Mat Robson in the shootout.

Rochester's Linus Weissbach forced extra time, scoring to make it 3-3 with less than two minutes left on the game clock.

Patrick Polino and Michael Mersch also found the back of the net for the Americans (19-11-1).

Mads Sogaard made 21 saves for Belleville, then denied three-of-four Americans in the shootout, with only Arttu Ruotsalainen getting a puck past in the third round.

Robson stopped 32-of-35 shots for Rochester.

This report by The Canadian Press was first published Jan. 14, 2022.