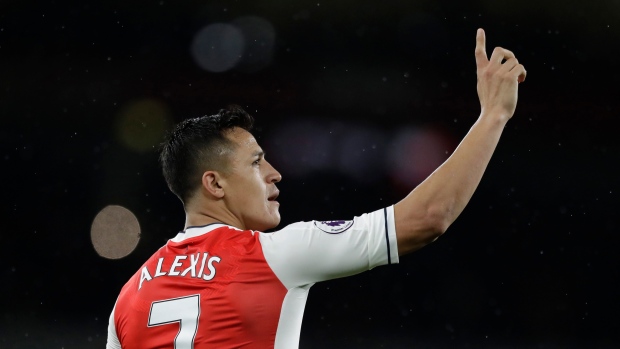 City is set to be without Gabriel Jesus for up to two months after the striker was injured in the 0-0 draw at Crystal Palace, leaving the Premier League leaders with just one out-and-out striker in Sergio Aguero.

Asked whether the injuries would prompt City to move for Sanchez, Guardiola said: "In internal meetings, we are going to decide what is the best but my feeling now (is) Alexis is an Arsenal player and he will be."

City came close to signing Sanchez on the final day of the summer transfer window. The Chile international is out of contract at the end of the season.

Guardiola said Jesus would be out for "maybe one month or two months" and that De Bruyne would be assessed on Monday, ahead of the league game against Watford.

City leads the Premier League by 14 points after 21 of 38 rounds.