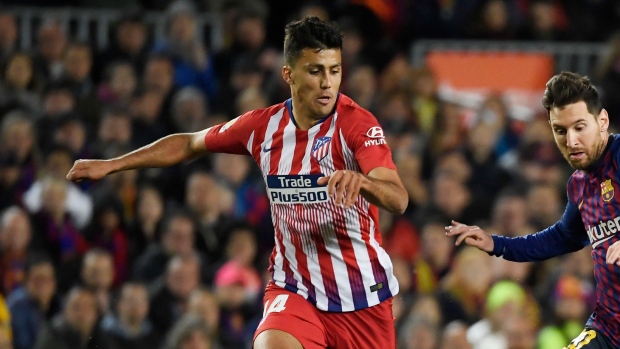 Premier League champions Manchester City are turning to La Liga to beef up its midfield.

The BBC's Simon Stone reports the club is in talks with Atletico Madrid over Rodri and are willing to play the 22-year-old Spain international's £62.6 million release clause.

A native of Madrid, Rodri joined Atletico last summer from Villarreal and made 47 appearances across all competitions, including 34 in the league.

City views Rodri as a long-term replacement for Fernandinho, who recently turned 34.

Internationally, Rodri has been capped six times by Spain.

A deal for the player is not certain with Bayern Munich also reportedly interested in the player.