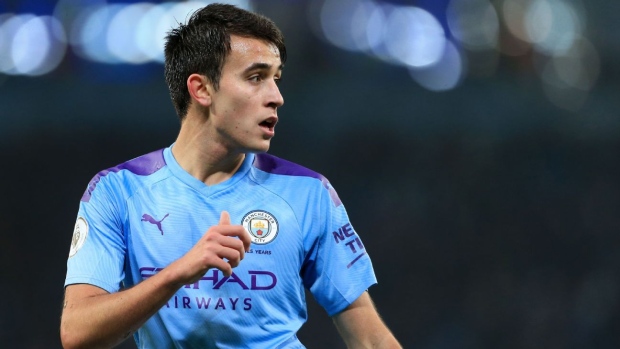 Manchester City manager Pep Guardiola said on Thursday that teenage defender Eric Garcia will not re-sign with the club and is looking to move elsewhere.

A native of Barcelona, the 19-year-old Garcia moved to the Etihad from La Masia in 2017 and became Guardiola's first-choice partner for Aymeric Laporte by the end of the season. Garcia made 19 appearances across all competitions this season.

"He has told us he does not want to extend [his contract]," Guardiola said of City's Champions League Round of 16 second leg against Real Madrid. "I would imagine he wants to play in another place."

Garcia has one year remaining on his current deal.

With Garcia's future up in the air, City completed the signing of Netherlands centre-back Nathan Ake from relegated Bournemouth earlier this week.