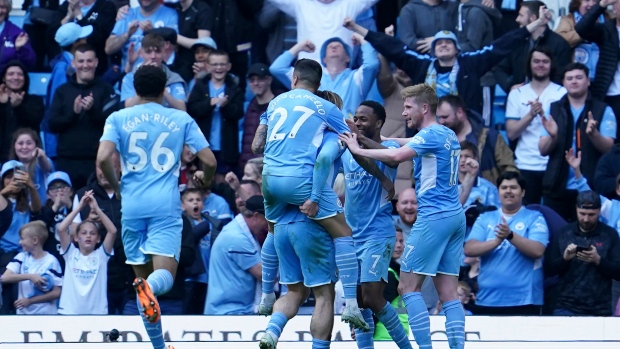 The addition of Erling Haaland and the arrival of Julian Alvarez won't be the only new faces at the Etihad.

"We are looking to strengthen areas we need to strengthen," Mubarak said. "Every season some players leave and we have to refresh. We will be doing a couple more. We will try to go as fast as we can, but it is not always entirely in our control."

Norway striker Haaland's arrival was confirmed last week, while the transfer of Alvarez was done during the January window with the player remaining at River Plate for the remainder of the season.

An area of concern for City is expected to be central midfielder with captain Fernandinho set to leave the team after nine seasons.

Another area of concern is the team's seeming inability to get over the hump and finally capture a Champions League title. Mubarak says that while that remains a goal, the team always tries to win every competition they're in.

"We approach every season to try to win every competition," Mubarak said. "That has been the case for the last 10 years. You cannot argue in the last six years under Pep [Guardiola], we show up every game with the full intention to try to win."

The 2022-2023 Premier League season kicks off on Aug. 6 with a full fixtures list set to be announced next month.