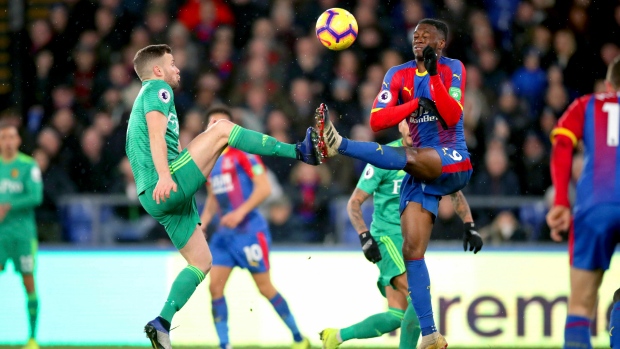 Talks are ongoing between Manchester United and Crystal Palace over England U-21 fullback Aaron Wan-Bissaka with the Red Devils hopeful of a completed transfer, reports Simon Stone of the BBC.

No deal has been agreed between the two sides, but a £50 million fee is believed to be in the neighbourhood of what Palace is seeking for the player.

A native of London, Wan-Bissaka, 21, is a product of the Palace academy and made his senior team debut in 2017.

He made 39 appearances across all competitions for Palace last season and is currently on England duty at the UEFA U-21 Euro in Italy.

If completed, the transfer would be the Red Devils' second of the offseason with Wales winger Daniel James signed from Swansea City earlier this month.