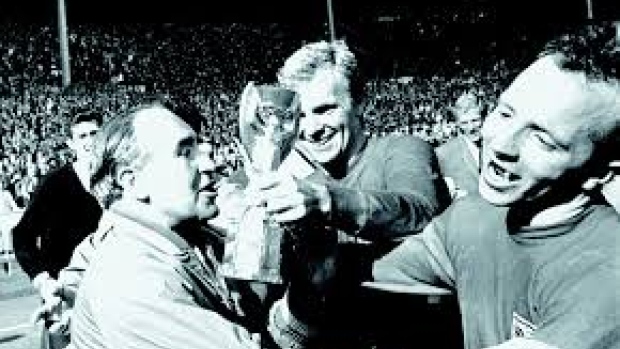 Manchester United and England icon Norbert "Nobby" Stiles has died at the age of 78, his family announced on Friday.

A native of Manchester, Stiles had been diagnosed with prostate cancer and advanced dementia in recent years.

"The Stiles family are sad to announce that Nobby Stiles passed away peacefully today surrounded by his family after a long illness," his family said in a statement. "The family kindly ask for privacy at this sad time."

Stiles was a member of both England's 1966 World Cup-winning team and the 1968 European Cup-winning Red Devils side. He also won two league titles at Old Trafford, making 395 appearances across all competitions for United over 11 seasons.

After his playing days ended in 1975, Stiles transitioned into coaching, becoming the manager at Preston in 1977. In 1981, Stiles made the jump to the North American Soccer League, coaching the Vancouver Whitecaps for three seasons. He returned to England as manager of West Brom in 1985, but was fired only five months into his tenure. Stiles then returned to Old Trafford to work with the United youth setup in the late '80s, helping in the development of the likes of Ryan Giggs, Paul Scholes, David Beckham and the Neville brothers, Gary and Phil.

"One of the club's most beloved sons, and a local hero to everyone in the United-supporting north Manchester heartland of Collyhurst - where he grew up, and has a street named after him - Nobby will be sadly missed," United said in a statement. "But his incredible achievements will be treasured and remembered forever."