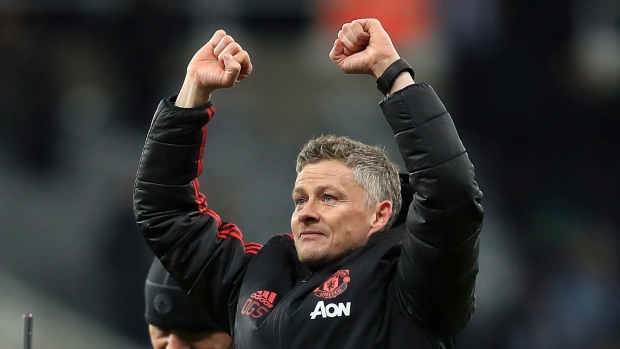 Amid a string of poor results and a spate of managerial firings, Manchester United boss Ole Gunnar Solskjaer says that he isn't any more concerned for his job security.

"I'm just focusing on my job," said Solskjaer on Tuesday ahead of Wednesday's Old Trafford return of Jose Mourinho with Tottenham Hotspur. "That's doing as well as I can and look forward to the next game, but also look long term, plan things with the board."

All of Spurs, Watford and Arsenal made managerial changes in recent weeks with Mauricio Pochettino, Quique Sanchez Flores and Unai Emery shown the door, respectively. The run of dismissals, Solskjaer says, hasn't made him reconsider his future.

"It's never nice to see your colleagues lose their jobs - now three in a very short space of time," Solskjaer said. "It doesn't make me more concerned."

"We have had too many draws for my liking - defeats as well, but draws we should have turned into wins," the Norwegian said. "Football is a results business and we're not happy and know we should do better."