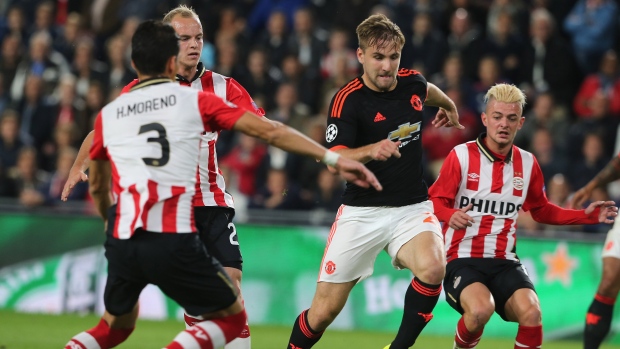 Manchester United and England left-back Luke Shaw knows what he would do with the Premier League season as it remains in limbo over the ongoing coronavirus (COVID-19) pandemic - wipe the slate clean and start again if the campaign can't be completed.

“Scrap it and start again; start it again,” Shaw said during a UNICEF fundraiser streamed on Twitch. “It’s got to be. If we can’t carry it on, it’s got to be void.”

The last Premier League action before the league suspended operations was Leicester City's 4-0 win over Aston Villa on March 9. Most teams have nine games remaining on their schedules. While Liverpool needs only six points to claim its first ever Premier League title and first league title in 31 years, things are far from certain elsewhere in the table with European places, as well as relegation spots, still very much to be contested.

With the league mulling a plan to play the remaining fixtures behind closed doors, the 24-year-old Shaw says it just wouldn't be the same.

“The sport is for fans really … if you don’t have fans, and you don’t play in front of fans, it just doesn’t feel right," Shaw said. "Especially on matchday the fans are always amazing and always help the team. Whether it’s home or even away our fans are always brilliant and I feel like they’re always there with us.”

Now in his sixth season with the Red Devils after a move from Southampton, Shaw has made 18 league appearances this term.

Prior to the suspension of play, United sat fifth in the table, three points behind fourth-place Chelsea.