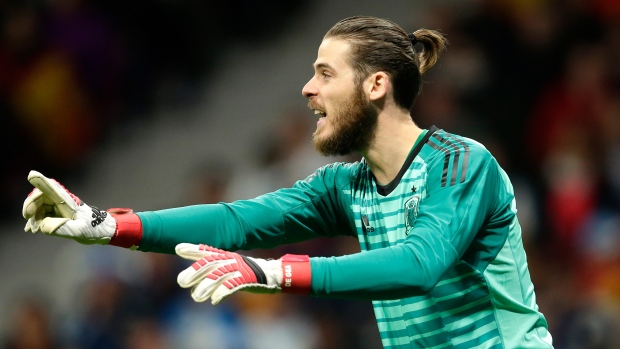 David De Gea will remain in the Old Trafford net for the foreseeable future.

Manchester United announced the signing of the 28-year-old Spain goalkeeper to an extension that will take him through the 2023 season along with a one-year option.

A native of Madrid, De Gea has made 378 appearances for the Red Devils since signing from Atletico in 2011.

“It has been a privilege to spend eight years at this great club and the opportunity to continue my career at Manchester United is a genuine honour," De Gea said in a statement. "Since I arrived here, I could never have imagined I would play over 350 games for this club. Now my future is fixed, all I want is to help this team achieve what I believe we can and win trophies again, together."

Since arriving at Old Trafford, De Gea has won a Premier League title, an FA Cup, a League Cup and the 2017 Europa League title.

Individually, he's been named to the PFA Team of the Year on five occasions and has also won the Sir Matt Busby Player of the Year Award as United's top player on four occasions.

“Over his time here, David has really understood the values of playing for Manchester United and now represents everything you want in a goalkeeper," United manager Ole Gunnar Solskjaer said. "As a player he is still hugely determined and hungry to achieve more. We all look forward to working together to meet those ambitions over the coming years.”

United currently sits fourth in the Premier League table after five matches and are coming off a 1-0 win over Leicester City that gave De Gea his 102 clean sheet in the league.

The Red Devils host Astana in the Europa League on Thursday before heading to Olympic Stadium to take on West Ham on Sunday,