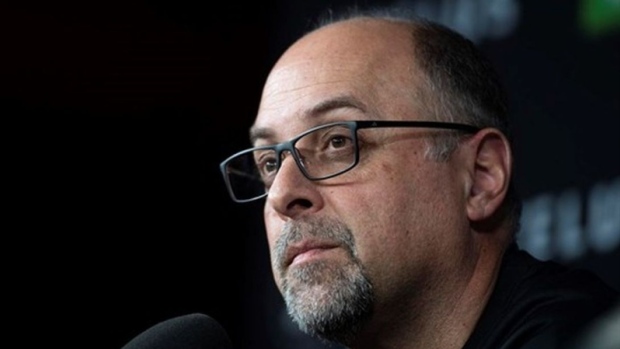 Marcel Desjardins is no longer a part of the Ottawa Redblacks after eight years as general manager of the franchise.

The 55-year-old confirmed to TSN Radio 1200 Ottawa that it was "a team decision" to let him go Monday morning.

"I said, 'well I think you guys are making a mistake, but that's up to you guys and thanks very much' and packed my bag and came back home,” Desjardins said.

Desjardins is the only general manager in team history, having been hired by the expansion team in 2013. The team said assistant general manager Jeremy Snyder will take over for Desjardins on an interim basis.

”Marcel was the first employee hired by the Redblacks back in 2013” Ottawa Sports and Entertainment Group president and CEO Mark Goudie said. “He has put everything that he has into our organization.  His many accomplishments include bringing Ottawa its first Grey Cup win in 40 years.  I respect Marcel very much and thank him for his unwavering commitment to the REDBLACKS, RNation and our community.”

"No longer with REDBLACKS!" Desjardins wrote. "Happy to be able to spend real time with my wife…nothing better in life!"

No longer with REDBLACKS!
Happy to be able to spend real time with my wife…nothing better in life!

The Redblacks have the CFL's worst record this season at 2-9 and were eliminated from playoff contention with a 32-3 loss to the Hamilton Tiger-Cats on Saturday. The Redblacks had a 3-15 record during the 2019 season, missing the playoffs for just the second time in team history.

Desjardins, who won three Grey Cups over two tenures as assistant general manager of the Montreal Alouettes, helped the Redblacks win their first-ever title in 2016.

Ottawa has three games remaining in its season, starting Friday against the Calgary Stampeders.