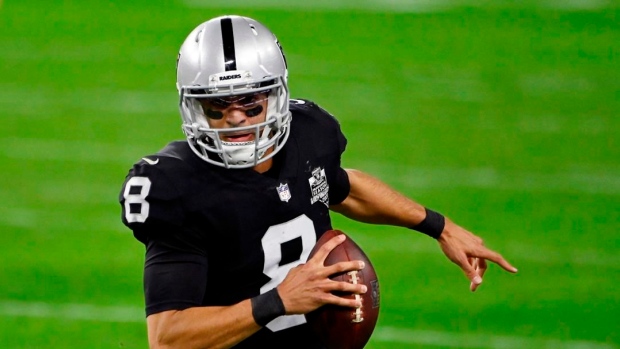 The Las Vegas Raiders will lose quarterback Marcus Mariota for multiple weeks after aggravating a quad injury according to Ian Rapoport.

The 27-year-old was injured during a 31-yard run in the first quarter of Monday night's matchup against the Baltimore Ravens.

#Raiders QB Marcus Mariota is expected to be out multiple weeks after aggravating a quad injury during a 31-yard run on Monday night, source said. A few weeks is the best case scenario. This robs Las Vegas of a weapon, as they planned to sprinkle Mariota in on offense.

Mariota signed with the Raiders prior to the 2020 season, but only made one appearance where they threw for 226 passing yards with one touchdown and one interception.

It is expected that quarterback Nathan Peterman will take over backup duties to Derek Carr.