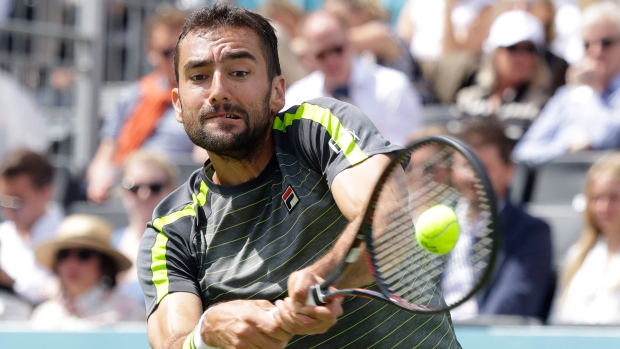 LONDON — Marin Cilic began defence of his title at the Queen's Club grass-court event with a 6-1, 7-6 (5) win over Christian Garin in the first round on Monday.

Cilic, a Wimbledon finalist in 2017, raced through the first set in just 20 minutes before encountering more resistance from his Chilean opponent.

Cilic is the fifth seed at the main warm-up tournament for Wimbledon, which begins July 1.

Kevin Andersen, who lost to Novak Djokovic in last year's Wimbledon final, was given a tough test by Britain's Cameron Norrie before winning 4-6, 7-6 (5), 6-4.

Also advancing to the second round was fourth-seeded Daniil Medvedev of Russia, who dispatched Fernando Verdasco 6-2, 6-4 in an hour and 10 minutes.