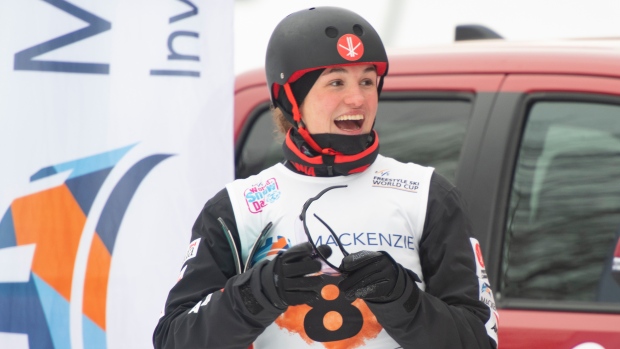 Thenault performed a double somersault with three twists on her final jump to earn 93.41 points. She stood first with one skier to go but China's Xu Mengtao captured the gold with 103.92 points.

“It was a day of emotional ups and downs," she said. "I had to keep fighting until the very end, but I’m super happy with my result.

"My objective for this year was to reach the podium, which I came close to doing in Finland at the beginning of the season. I ended up doing it today, and at home to boot! It wasn’t my best day ever, but it was good enough. I just had to keep pushing. I adjusted my mindset and it paid off."

Victor Primeau of Lac-Beauport and Quebec City's Alexandre Duchaine were 11th and 12th, respectively in the men's event.

This report by The Canadian Press was first published Jan. 5, 2022.