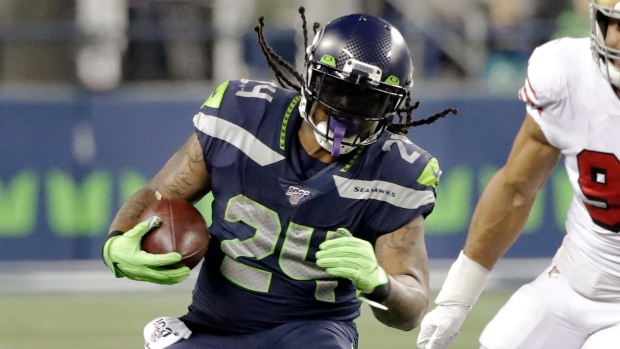 Marshawn Lynch could be back with the Seattle Seahawks next season.

After unretiring for a second time to join the Seahawks late last season, Lynch said his agent has been in discussions with the Seahawks about a potential return.

"Well, it's almost on that 'expect the unexpected,'" Lynch told ESPN's Scott Van Pelt. "My agent has been in talks with Seattle, so like I said, we'll see what happens. If it works out and I get back up there, it is what it is."

Prior to last year Lynch spent two seasons with his hometown Oakland Raiders (2017-2018). He's best known for his first stint with the Seahawks, from 2010-2015 where he was a four-time Pro Bowler, one-time All Pro, and helped the Seahawks win the Super Bowl at the end of the 2013 season.