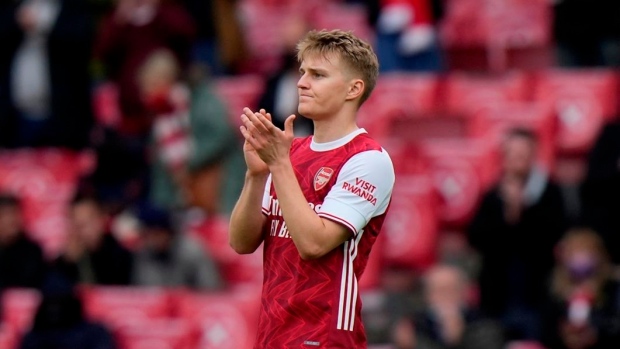 Martin Odegaard is set to head back to London.

BBC Sports reports Arsenal is closing in on the permanent signing of the Norway midfielder from Real Madrid in a deal worth £30 million.

Odegaard, 22, spent the second half of last season on loan with the Gunners. He appeared in 14 league games for the club and was named Arsenal's Player of the Month for March.

A native of Drammen, Odegaard signed for Los Blancos in 2015, but has only made 11 total appearances for the first team, spending the majority of his Real tenure out on loan.

Prior to joining the Gunners, Odegaard also had loan spells at Heerenveen, Vitesse and Real Sociedad.

Internationally, Odegaard has been capped 30 times by Norway, scoring one goal.

Coming off of a 2-0 loss to promoted side Brentford in their opening match of the season last Friday, Arsenal returns to action on Sunday at home to Chelsea. Should the Gunners intend for Odegaard to feature, he must be registered by noon on Friday.