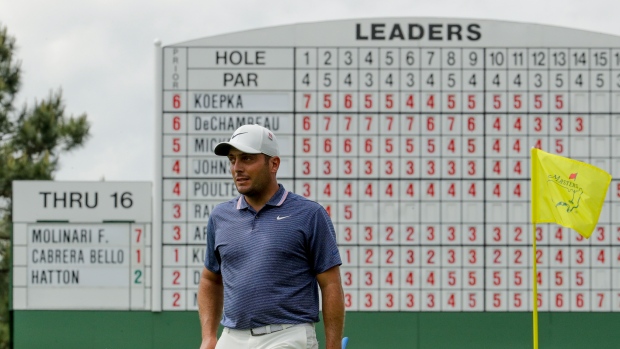 The Masters will have an early finish on Sunday.

Augusta National Golf Club has announced that due to the possibility of severe weather on Sunday afternoon, the final round will be moved up with the first groups teeing off at 7:30am et.

The final round broadcast will start on TSN4, TSN5 and TSN.ca at 9am et/6am pt.

The 65 remaining players in the field will be grouped in threesomes instead of pairs and will play off the first and 10th tees.

The final trio, Tiger Woods, Tony Finau and leader Francesco Molinari, will tee off last at 9:20am et.

“The safety of everyone on our grounds is paramount,” said Fred Ridley, Chairman of Augusta National Golf Club and the Masters Tournament. “We also believe the earlier start will give us the best opportunity to complete the Masters on Sunday. This decision should benefit everyone – the players, our patrons and our fans watching around the world. Given the competitiveness and drama of this year’s Tournament, we look forward to an exciting conclusion (on Sunday).”