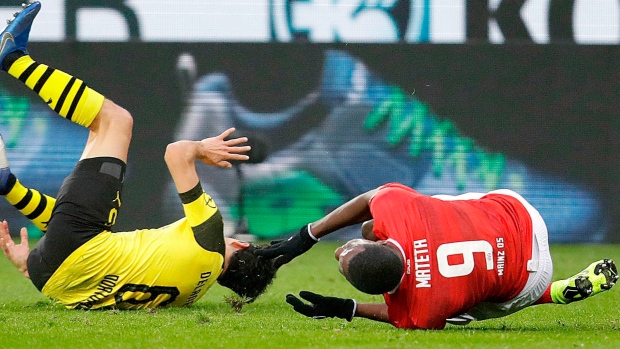 DUESSELDORF, Germany — French striker Jean-Philippe Mateta scored to give Mainz a 1-0 win at Fortuna Duesseldorf in the Bundesliga on Friday, lifting the side eighth ahead of the rest of the 13th round.

Mateta, who joined Mainz from Le Havre in the off-season, timed his run for Robin Quaison's through ball perfectly, and the 21-year-old eluded Duesseldorf defender Robin Bormuth before shooting. Michael Rensing got his hand to the ball but couldn't stop it bobbling inside the far post.

Duesseldorf, which snatched a 3-3 draw at Bayern Munich last weekend, had been the better team, and the home side pushed hard for an equalizer without taking chances.

Duesseldorf, promoted last season, remained second from bottom and may yet be overtaken by Stuttgart, which hosts Augsburg on Saturday.