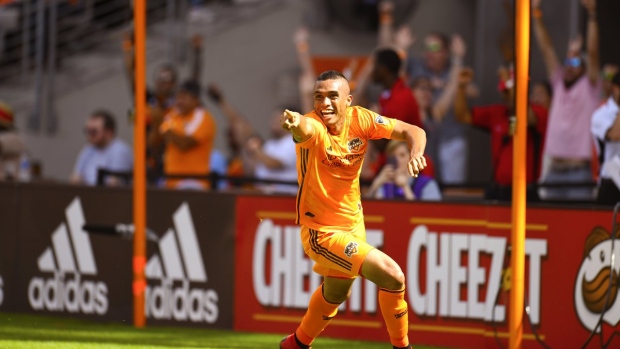 Manotas got behind the Colorado defence to finish Adam Lundkvist's through ball, pulling the Dynamo (9-13-4) within one in the 74th minute. Five minutes later, Manotas punched home a low pass from Tommy McNamara.

Diego Rubio scored twice in the first half for the Rapids (7-13-6). He opened the scoring in the seventh minute, settling Sam Nicholson's header pass with a strong first touch and slotting it past goalkeeper Joe Willis from a narrow angle. In the 38th minute, Rubio pounced on a lazy back pass and quickly tucked it home to double Colorado's lead.