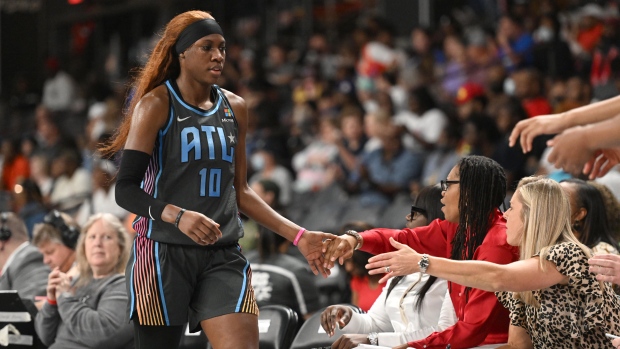 Atlanta (8-8) equaled its win total from last season with the win.

Aari McDonald drove into the lane and sank a floater to give Atlanta a 77-72 lead. Marina Mabrey made a long 3-ponter with 29.8 seconds left to pull Dallas within 79-75 but she missed one on their next possession after Howard made one free throw.

McDonald finished with 15 points and Cheyenne Parker had 14 for Atlanta.

Parker made a 3-pointer just before the halftime buzzer to extend Atlanta's lead to 51-40 after closing on a 10-2 run over the final three minutes. Howard scored 15 points in the first half and Caldwell, who was signed on Monday, added 10.

Atlanta led 67-56 with 4:19 remaining in the third but went scoreless the rest of the quarter as Dallas scored the next 10.