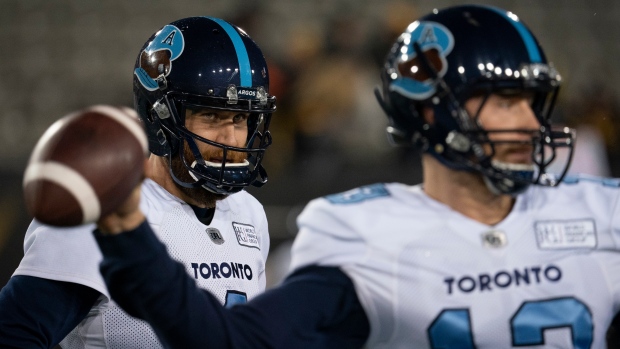 McLeod Bethel-Thompson will be the starting quarterback when the Toronto Argonauts open their CFL season against the Calgary Stampeders on Saturday night (TSN, 7pm et).

Bethel-Thompson, 33, is entering his fourth season with the Argonauts. The six-foot-four, 220-pound San Francisco native threw a CFL-best 26 TD passes in 2019 and was third overall in passing (4,024 yards).

No surprise given Arbuckle missing so practice time due to injury … https://t.co/61KAghMy9g

He was among five quarterbacks on Toronto's depth chart to open camp.

Thompson is vying with youngsters Nick Arbuckle and Antonio Pipkin to be the Argonauts' starter this season after the team released American rookies Kenji Bahar and Nick Tiano last month.