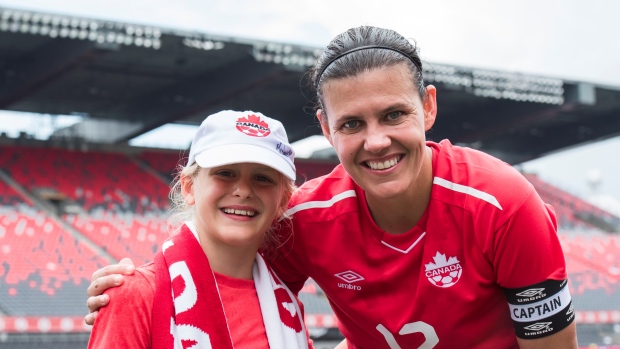 When Canada’s women’s soccer team captured gold at the Tokyo Games, the unprecedented achievement was felt beyond the walls of the Canadian locker room.

It resonated in the hearts of young soccer players across the nation – like 13-year-old Jane Van Kessel from Hebbville, N.S.

“It's pretty incredible that they actually won it,” Jane told TSN. “And it makes me feel like when I get older and maybe join the team… I can win if I feel like I believe that I can.”

The Canadian team is getting set to kick off its Celebration Tour in honour of their golden achievement. The series starts with a two-game set against New Zealand, beginning Saturday in Ottawa and then a rematch Tuesday at Stade Saputo in Montreal.

Jane, along with her mom, Jody, her dad, Lindsay, and her older brother, Noah, are making the 15-hour drive from Hebbville (located about an hour west of Halifax) to the nation’s capital for the chance to watch Canada’s gold medallists play.

“I'm pretty excited. I haven't been to an in-person soccer game in a long time,” said Jane.

You may remember Jane in a viral video from 2018 when she was 10 years old. After finding out she was going to watch her idol, Christine Sinclair, and the rest of the Canadian team play live at a friendly in Ottawa, she broke into tears of joy as her mom captured the moment.

Jane has remained one of Sinclair’s biggest fans. Although her room may no longer be adorned with as many Sinclair posters as it once was, she still has a pair of cleats that the Canadian legend gifted her, along with a signed Portland Thorns jersey (Sinclair’s NWSL club) that a local fan sent to the Van Kessel family after seeing the viral video. 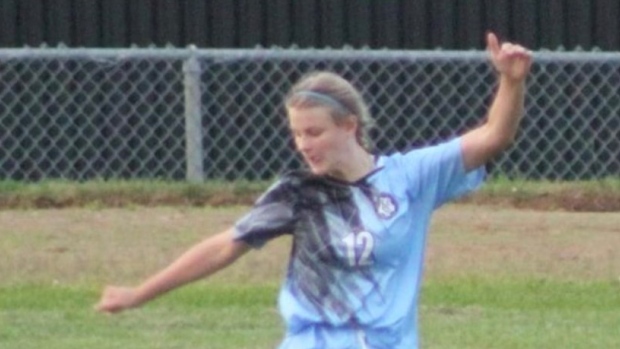 She watched her idol break the all-time international goal-scoring record in 2020, and this summer she and her teammates at South Shore United gathered to watch Canada defeat Sweden in penalties in the gold-medal match in Tokyo.

When Julia Grosso scored the winning penalty, Jane and her teammates erupted into screams.

“I tackled somebody onto a bed,” Jane laughed, later revealing it was actually her best friend who was on the receiving end.

“This gold medal – it means so much for kids like Jane,” her mom, Jody, said. “Whether they're boys or girls, it's just such an exciting time for soccer.”

Jane’s dad Lindsay is the president of a local soccer club and said Canada’s golden performance has been an irreplaceable gift for young players.

“I’d like to say thank you, to everyone involved in the women's program, period,” he said. “To be able to show them just the amazing examples that we have in this country, role models that I can help them connect with… I have no words for it.”

Jane is taking Canada’s inspiring Olympic performance to heart by pursuing her own soccer dreams. 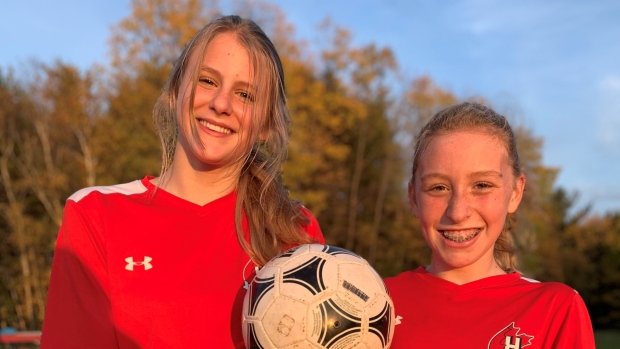 She has recently been invited to an intake camp for the Nova Scotia Regional Excel (REX) Program. Soccer Nova Scotia has partnered with Major League Soccer’s Vancouver Whitecaps to offer development to young players and a pathway to other opportunities, such as the national team program.

“So if she is chosen… it's going to be a big commitment for her,” Jody said. “But she has already decided that that's what she wants to do.”

While Jane has set her sights on one day playing for the Canadian national team, and possibly becoming an icon herself as one of the few Nova Scotians to ever represent their country on the international stage, she’s also looking towards the more immediate future.

She has aspirations to be a medic and would like to play for Saint Mary’s University, following in her brother’s footsteps. Her mom points out that Jane once looked to Portland, Ore., as a possible destination, where Sinclair played in the NCAA and in the NWSL, but Jane is not as convinced as she once was.

While Portland may be 5,600 kilometres from Hebbville, Ottawa is just a skip or two (or 1,100 kilometres) away. After Jane won the district championship with her school, Hebbville Academy, on Thursday night, the family piled into the car to begin the 15-hour odyssey.

For the Van Kessels, it’s worth the time and effort to see Sinclair and the national team in person. After all, as Jody points out, this may be the last time they have the opportunity to see Sinclair play before the 38-year-old decides to call it a career.

“I don't want her to retire. I don't want to think about it,” Jane said, adding that she wants to see Sinclair at the 2024 Olympics in Paris, where the Canadian captain would be playing at the age of 41.