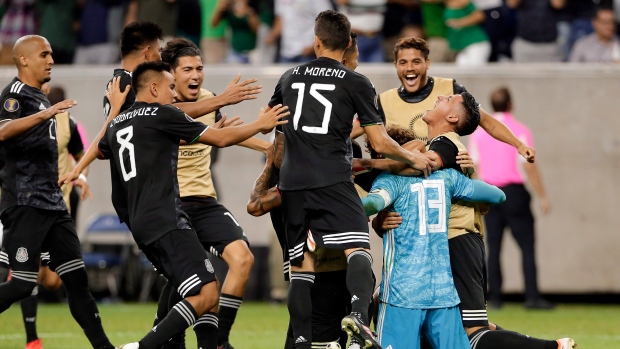 HOUSTON — Mexico beat Costa Rica 5-4 on penalty kicks after a 1-1 tie Saturday night and advanced to a semifinal against Haiti at the CONCACAF Gold Cup.

Raúl Jiménez put No. 18 Mexico ahead in the 44th minute and Bryan Ruiz tied the score for 39th-ranked Costa Rica in the 52nd minute with a penalty kick after he was fouled by Luis Rodríguez.

"Today was a challenge," Martino added. "First, because we met Costa Rica sooner and because it was the first game where we had to rectify the way we played at the risk of returning to Mexico."