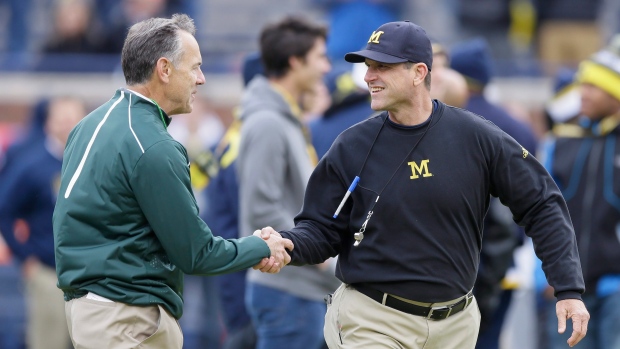 Mark Dantonio is stepping away.

The Michigan State head coach announced his retirement on Tuesday after 13 seasons at the helm of the Spartans program.

To all Spartans: Thank you for everything. You have truly helped my dreams come true. pic.twitter.com/uKkubvp1cW

"I have told our players on many occasions that 'Michigan State is bigger than any one person,'" the 63-year-old Dantonio said in a statement. "Someday there will someone else here talking to you from this podium. That day has come."

He finishes his Spartans tenure with a 115-57 mark, including a 69-39 conference record.

Beginning his coaching career in 1980, Dantonio took jobs with the likes of Ohio, Purdue and Kansas before becoming the defensive coordinator of Ohio State in 2001. After three seasons in Columbus, Dantonio became a head coach for the first time, taking over the Cincinnati program in 2004 before taking the MSU job in 2007.

Dantonio will remain at the school, working with the athletic department.