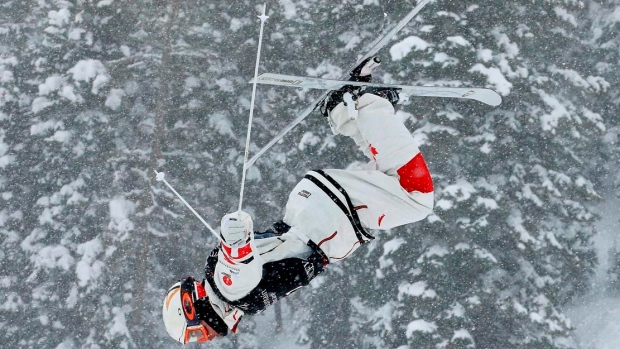 MONTREAL — Mikael Kingsbury is defending his title at the World Cup moguls in Mont-Tremblant after taking time in training camp to fine-tune some aspects of his skiing.

The 27-year-old from Deux-Montagnes, Que., said he's well-rested and ready for Saturday's competition following his time at the Val St-Come camp in Quebec's Lanaudiere region.

"The camp went well," he said in a recent interview. "It was a good break after the last event in Thaiwoo in December. It allowed me to tweak certain details — things that I usually don't have the time to take care of during the season."

"I worked mostly on my jumps, thing that I never tried before," Kingsbury said. "And on small technical things ... to continue progressing. I was able to take a big step forward."

The "king" of Moguls said Mont-Tremblant's "Flying Mile" slope is more accessible to skiers who are less experienced than him, which could lead to some surprises.

"It's not that (the slope) isn't fast," he said. "It's just that the jumps are built differently. I practised a new jump today, but we'll see. I'm a strategic guy and I like to play with my strategies, so it will depend on the pace of the competition on Saturday."

Kingsbury, who won gold at the 2018 Pyeongchang games, wants to rediscover the path of victory. He won the 2019 World Cup in Tremblant and came in second in 2018, again to Horishima. The skier said he isn't anxious that Horishima will be there on Saturday, trying to take his title away.

"He's at every event," Kingsbury said. "He has really developed his consistency ... This season, he isn't making mistakes. He is reproducing a little bit of what I'm doing, and it's good for him."

Standing in the shadow of Kingsbury, who has 58 victories and 84 podiums in 102 career starts on the World Cup circuit, is his teammate Laurent Dumais, in seventh place in general rankings.

The 23-year-old freestyle skier said Thursday he was suffering from a contusion in the left knee, a injury from the Thaiwoo competition.

"I came back from there and I felt a little problem with my knee," Dumais said. "So I took a little more time off than the others ... so I came here completely cold. But it's nothing serious."

He said he isn't 100 per cent recovered from the injury but he is confident he can do well Saturday. Dumais's only podium came in Val St-Come in 2016. He finished in 15th at the event in Ruka, Finland, and reached seventh in Thaiwoo.

In total, 16 Canadian mogul freestyle skiers will participate this weekend at the World Cup in Mont-Tremblant.

Qualifications begin Saturday morning and finals will take place in the afternoon.

This report by The Canadian Press was first published on Jan. 24, 2020.