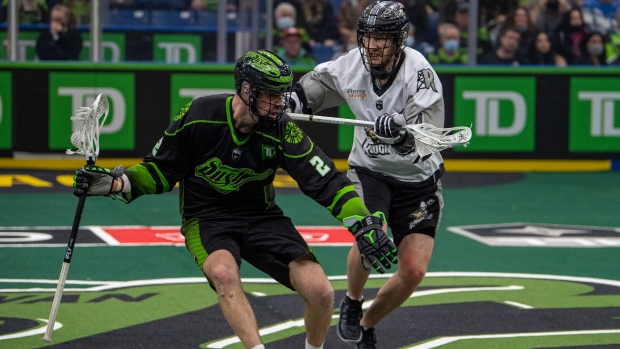 VANCOUVER — Mike Messenger scored his second goal of the game 3:22 into the fourth quarter and the Saskatchewan Rush held on for a 10-9 victory over the Vancouver Warriors Friday night in the National Lacrosse League.

Mark Matthews had a hat trick for the Rush (1-2), which scored six unanswered goals in the second quarter and won its first game of the season.

Alex Buque made 35 stops in defeat.

Messenger put Saskatchewan ahead 10-7 early in the fourth quarter before Bal responded with goals at 9:22 and 10:16 for Vancouver.

The Rush were 0 for 3 on the power play while the Warriors converted both their opportunities with the man advantage.