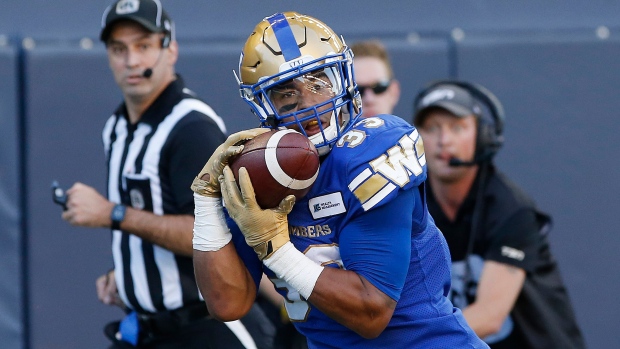 Harris suffered a minor injury to his right arm/elbow area Monday at practice and had to leave early. Running back Johnny Augustine took reps in his place.

O'Shea said Harris was "out there" Wednesday at practice but was not clear if he participated or not.

In nine game so far this season, Harris has rushed for 819 yards and two touchdowns.

Both the Blue Bombers (7-2) and Eskimos (6-3) have won two games in a row heading into Friday's matchup. See it at 9pm et/6pm pt across the TSN Network, on TSN.ca, the TSN App and on TSN Direct.