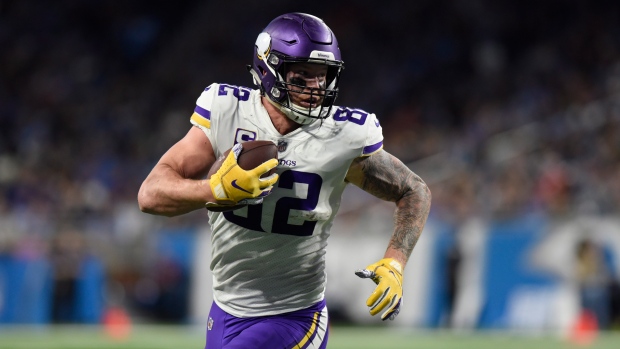 Kyle Rudolph's time in Minneapolis is up.

The Minnesota Vikings announced the release of the veteran tight end after 10 seasons on Tuesday.

"Kyle has been a leader and mentor for us on and off the field from the first day I arrived in Minnesota," head coach Mike Zimmer said. "He has been such an important part of this team and community throughout his career and it has been an honor to coach him the last seven seasons. He will be missed, and we wish him and his family nothing but the best."

A native of Cincinnati, Rudolph was originally taken in the second round of the 2011 NFL Draft out of Notre Dame and quickly established himself as a starter.

A two-time Pro Bowler, Rudolph's best season offensively came in 2016 when he recorded 840 yards on 83 catches with seven touchdowns.

In 12 games this past season, Rudolph hauled in 334 yards on 28 receptions and one TD.