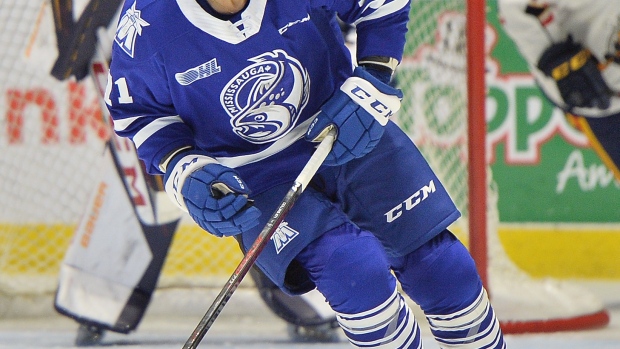 BARRIE, Ont. — The Mississauga Steelheads are on to the next round of the Ontario Hockey League's playoffs.

Ty Collins scored the power-play winner in the second period as the Steelheads fended off the Barrie Colts 6-4 on Monday to win their best-of-seven series 4-2.

Mississauga will face the Hamilton Bulldogs in the second round of the OHL's post-season.

Zakary Lavoie scored twice, including once on the power play, as the Steelheads built a 5-1 lead by the second intermission. Jake Uberti and Luca DelBelBelluz also had goals on the man advantage as Mississauga built its lead. James Hardie added an empty-net goal with 1:50 left to play for some insurance.

Roman Basran made 33 saves for the win in net, including 19 stops in the third period alone.

Mack Guzda turned aside 33-of-38 shots in net for the Colts.

Mississauga went 4 for 7 on the power play and Barrie was 1 for 2 with the man advantage.