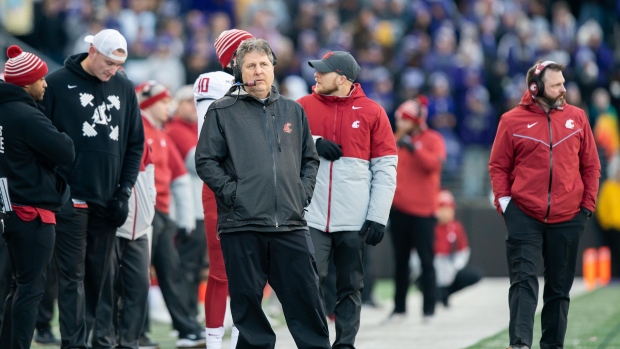 Mike Leach is headed to the SEC.

The former Washington State head coach has left the Cougars to take the reins at Mississippi State.

The Bulldogs were without a coach since firing Joe Moorhead last week after two seasons.

Leach, 58, spent the past eight seasons at Wazzu, winning 11 games in 2018, the most in the program's history.

Mississippi State will be the third Power 5 conference program helmed by Leach. Before taking over in Pullman, Leach spent 10 seasons at Texas Tech.

While bowl-eligible for the past 10 seasons, the Bulldogs have finished no higher than fourth in the SEC West since 2015.

Leach becomes the second high-profile coach to head to the state this offseason. Ole Miss introduced Lane Kiffin as its new head coach in December.