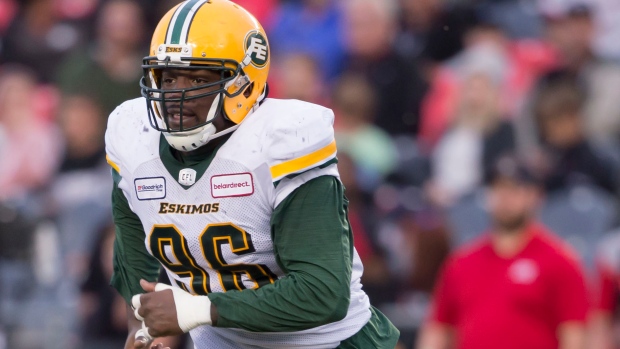 The Montreal Alouettes announced Friday that the team has acquired veteran defensive lineman Michael Moore from the Edmonton Elks in exchange for offensive lineman Tony Washington and running back Martese Jackson.

"Michael is a player we like a lot," says Alouettes General Manager Danny Maciocia. "He is able to put pressure on opposing offences, and he will not back down from anyone. He will bring a lot of intensity to the field."

Jackson, played six games in Edmonton during the 2018 season.