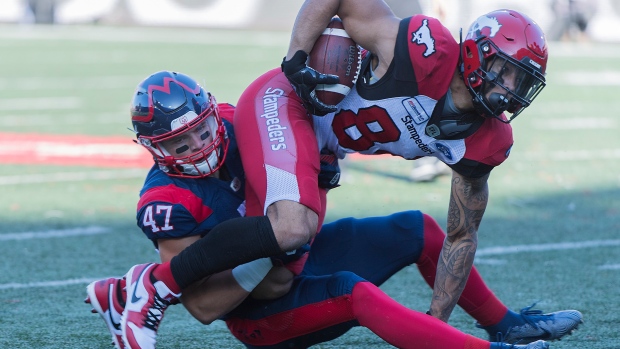 MONTREAL — The Montreal Alouettes have agreed to terms with linebacker D.J. Lalama, defensive back Dominique Termansen and long-snapper Mike Benson on one-year deals.

All three players are Canadian.

Lalama, of Winnipeg, had 25 tackles, eight special-teams tackles, a sack and tackle for a loss in 11 regular-season games with Montreal.

Termansen, a native of North Vancouver, B.C., appeared in nine regular-season games with Montreal. He had six defensive tackles, another on special teams, and a fumble recovery.

Benson appeared in five games last year with the Ottawa Redblacks. The 32-year-old Winnipeg native began his CFL career with Edmonton in 2012 before spending five seasons with the B.C. Lions.

Benson has played in 89 career CFL games, registering 16 special-teams tackles and scoring on a fumble return.

This report by The Canadian Press was first published Jan. 27, 2020.