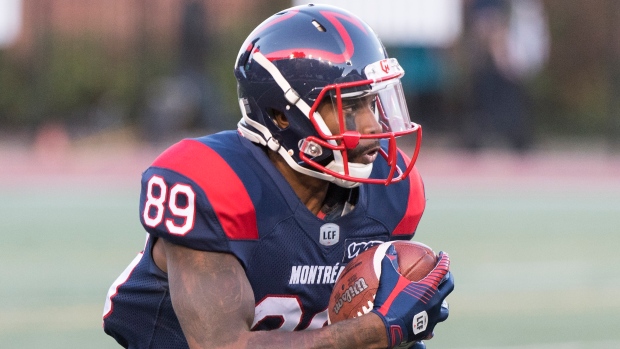 The five-foot-eight, 177-pound Alford scored touchdowns on returns in his first two games with Montreal after joining the team last season.

Alford, 27, played for the Toronto Argonauts in 2018. Previously, he spent time in the NFL with Cincinnati, Cleveland, Chicago and the New York Jets.