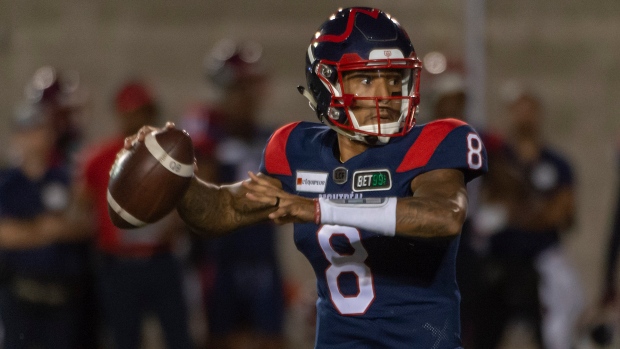 The Montreal Alouettes have signed quarterback Vernon Adams Jr. to an extension that goes through the 2023 season, as well as receiver Eugene Lewis, who signed a one-year deal, the club announced.

Lewis was third in the league this season with his 964 receiving yards on 62 receptions, on top of scoring nine touchdowns.

He was named an all-star for the first time in his career.

"It's a great day for the Alouettes family", said Alouettes General Manager Danny Maciocia. "These players have the team's success at heart and are true leaders on our team. Even while sidelined, Vernon wanted to stay close to his teammates and be involved. Eugene continues to be a premier target for the Alouettes and always does everything he can to help his team win."