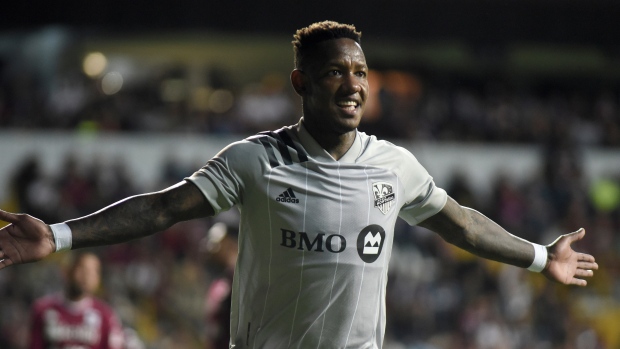 SAN JOSE, Costa Rica — Jonathan Martinez scored in the 90th minute as Costa Rican side Deportivo Saprissa salvaged a 2-2 draw with the Montreal Impact on Wednesday in the opening leg of their CONCACAF Champions League round-of-16 series.

Orji Okwonkwo and newcomer Romell Quioto had given Montreal a 2-0 lead with goals 10 minutes apart in the first half.

But Johan Venegas pulled Saprissa within one with his 80th-minute goal and Martinez struck 10 minutes later to tie the match.

Montreal hosts the Costa Rican team in the second leg of the aggregate series next Wednesday.

Impact coach Thierry Henry said he was "more than satisfied with the result."

"We played the first half very well and they played a very good second half," Henry said. "There are things we need to work on but at the end of the day, when you see your team fighting like this until the end, you can only be proud. Nothing is decided yet, with the second leg to be played at home next Wednesday."

Montreal is making its fourth appearance in the CONCACAF Champions League but first since the 2014-15 season.

The Impact qualified for this year's tournament as the winner of last season's Canadian Championship. They beat Toronto FC for that title in September.

"I think if you would've told us before the game that we'd score two away goals and tie the game, we would have taken it," said Montreal goalkeeper Clement Diop.