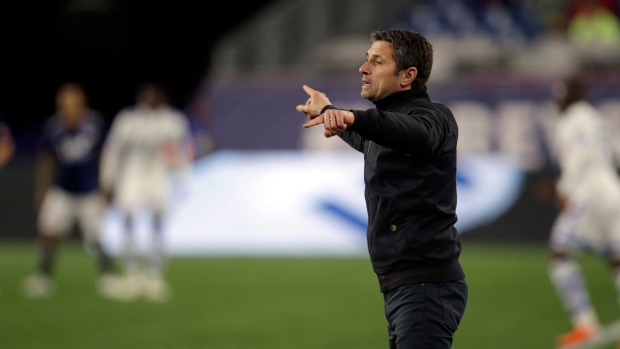 The Montreal Impact announced on Wednesday that head coach Rémi Garde has been fired and Wilmer Cabrera will be his replacement.

The team added that assistant coach Joel Bats and fitness coach Robert Duverne will not remain.

“Because I have so much respect for Rémi as a person and as a professional, it was a very difficult decision to make and it was well thought, but our latest series of failures in the past couple of months and the way the team acts on the field led to that change,” said Montreal Impact president and CEO, Kevin Gilmore in a statement. “We hope to bring back confidence to this group of players for the last stretch of the season, to get a playoff spot and to perform in the Canadian Championship final.

I would like to sincerely thank Rémi Garde for his commitment and his professionalism with our club since he joined in November 2017. I wish him only but the best in the future.”

With Garde as head coach, the team had a record of 24 wins, 29 losses and eight draws in regular season action, missing the playoffs in 2018 after finishing seventh in the Eastern Conference standings.

Cabrera, 51, was head coach of the Houston Dynamo since the beginning of the 2017 season. He led the Dynamo to the Western Conference finals during the 2017 MLS Cup playoffs and won the US Open Cup in 2018.