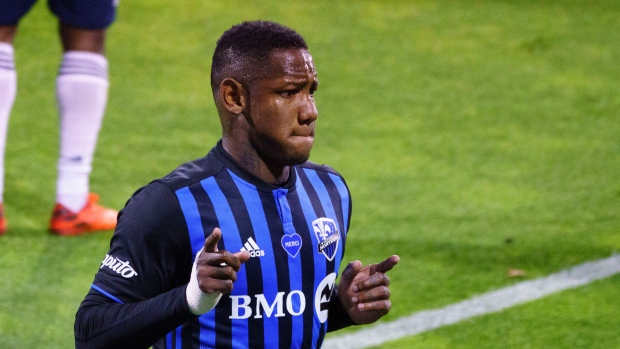 He was also issued an undisclosed fine for violent conduct against Union defender Mark McKenzie in the 13th minute of the Impact's 4-1 loss to Philadelphia last Sunday.

Quioto served the first game of his suspension on Wednesday in Montreal’s 3-1 loss to the New England Revolution.

He will serve the additional match suspension during Montreal’s match this coming Sunday against the New York Red Bulls.

This report by The Canadian Press was first published Sept. 25, 2020.