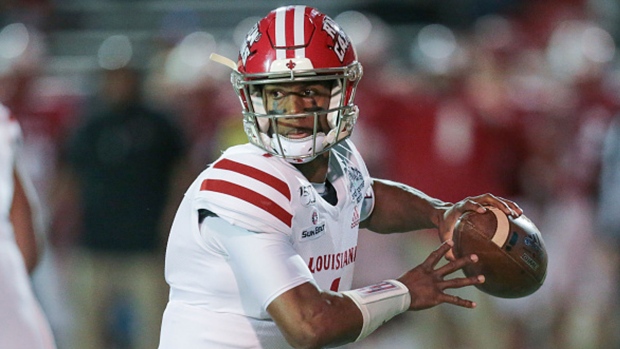 The Ragin’ Cajuns (2-1) engineered scoring drives of 91 and 80 yards to start the game, building a 14-0 lead by early in the second quarter. Lewis finished 21-of-29 passing. Thirteen receivers caught passes.

Ohio scored on a trick play when starting quarterback Kurtis Rourke, lined up as a wideout to the right, backpedaled to catch a quick toss from Armani Rogers and, curling away from an onrushing defender, fired a 25-yard rope down the sideline to O’Shaan Allison in the end zone.

Louisiana-Lafayette answered with Johnson’s run from the 1 as time expired in the first half. He pushed over again on the opening drive of the second half, scoring on fourth-and-1 from the 1. The back-to-back touchdowns swung momentum to Louisiana-Lafayette.

Cameron Odom, who passed 1,000 yards receiving last Saturday for Ohio (0-3), was held to two catches for six yards Thursday. Allison, who surpassed 1,000 yards career rushing on Saturday gained 48 on the ground against Louisiana-Lafayette and another 44 through the air.

Rourke was 12-for-22 passing for 122 yards and a pair of touchdowns for the Bobcats.