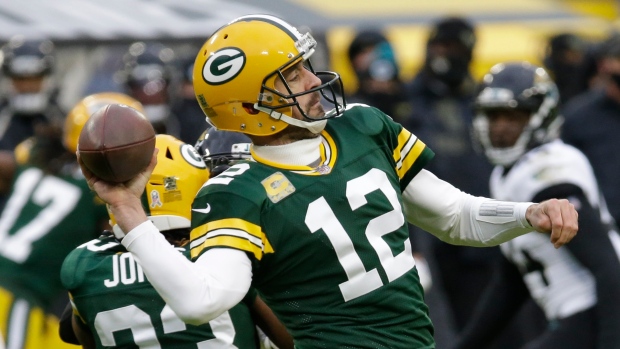 As if injuries weren’t difficult enough to navigate, COVID-19 has made it that much harder to forecast which players will be available from one week to the next.

But something strange happened to me this past Friday the 13th, which happened to be trade deadline day for my keeper fantasy football league.

Michael Thomas became available. I couldn’t resist, so I traded for Thomas. I also acquired Drew Brees as part of a separate deal.

On Sunday, I decided I liked the matchup against the San Francisco 49ers and started both of them.

What could go wrong?

I can’t even deny how confident I felt when Sunday morning rolled around and I substituted Brees into my fantasy lineup for Deshaun Watson along with Thomas.

After all, the winds were apparently topping 25 miles per hour with steady rain in the forecast for Cleveland. I couldn’t trust Watson in those conditions, even if it was against the Browns.

Imagine my reaction when Jameis Winston took the field for the New Orleans Saints in place of Brees in the second half.

Jameis Winston's Pregame Routine is unique to say the least. 💃🔥

Brees suffered a rib injury that sidelined him for the final two quarters of Sunday’s 27-13 win over San Francisco.

Thomas finished with seven targets but didn’t catch a pass attempt from Winston and ended up with just two catches for 27 yards.

If Brees is forced to miss time, the impact of his injury hits me that much harder if its Winston throwing passes to Thomas.

A year ago, the Saints went 5-0 without Brees. However, that was with Teddy Bridgewater on their roster.

Winston went an uninspiring 6-of-10 for 63 yards in the second half against the 49ers.

I don’t regret my decision to go all-in at the trade deadline yet. After all, I still have a deep lineup and can pivot back to Watson at quarterback.

However, Thomas’ value takes a major hit if it’s Winston throwing the ball to him in Week 11 against the Atlanta Falcons.

New Orleans was a seven-point favourite on the look-ahead line for that contest, but that number is currently off the board with Brees’ status up in the air.

For as bad as the fantasy outcome was for me on Sunday, it wasn’t nearly as brutal as some of the bad betting beats around the NFL.

Cleveland Browns running back Nick Chubb took it upon himself to toss out every single wager placed on the Browns -3.5 when he passed on a late touchdown to run out of bounds in an effort to avoid giving the ball back in a 10-7 win over the Houston Texans.

While it’s technically the right decision from an analytics standpoint, I also laughed at the idea that the Texans would have been a significant threat to come back from down 10 points with under a minute to go.

Shortly after Chubb checked out, the Arizona Cardinals pulled off the most incredible moment of the year when DeAndre Hopkins climbed above three defenders for a miracle touchdown in the final seconds of regulation to take a 32-30 win over the Buffalo Bills.

Like the Browns, the Cardinals weren’t interested in giving Buffalo another chance, so they opted not to kick an extra point and ultimately didn’t cover the -2.5.

Play of the year so far?

The Arizona Cardinals pull off miracle finish over the Bills.

As my good friend Davis Sanchez says, if you took the Browns or the Cardinals… You got screwed!

On the bright side, the Green Bay Packers (-13.5) managed to hold on for a 24-20 win over the Jacksonville Jaguars on Sunday.

It was the third straight week that I took a double-digit favourite in my survivor pool, after getting by with the Philadelphia Eagles and Pittsburgh Steelers in their respective wins over the Dallas Cowboys.

This time around, the Packers trailed by three in the fourth quarter before Aaron Rodgers connected with Davante Adams for what turned out to be the game-winning score with just over nine minutes left.

Despite featuring the biggest number on the board for Week 11, this contest actually turned out to be one of the more entertaining games on the slate.

Perhaps the most unique part of Sunday was getting back home late at night and remembering that Dustin Johnson had actually won the Masters earlier in the day.

With so many wild finishes to the long list of 4 p.m. ET games, followed by the New England Patriots (+6.5) upsetting the Baltimore Ravens on Sunday Night Football, D.J.’s epic win seemed like days ago at that point.

Dustin Johnson is just the 4th golfer in the last 50 years to win the Masters by at least 5 strokes.

Johnson (+900) won the Masters with an all-time great performance, setting a new 72-hole scoring record (268) for the tournament.

It was the second major championship win of his career.

D.J. also equalled the mark for the lowest score to par in any major championship all-time.

While the fact that he finished five strokes clear of second-place finishers Cameron Smith and Sungjae Im made for an anticlimactic finish, it also gave us an opportunity to appreciate just how dominant of a performance it was to close out the weekend.