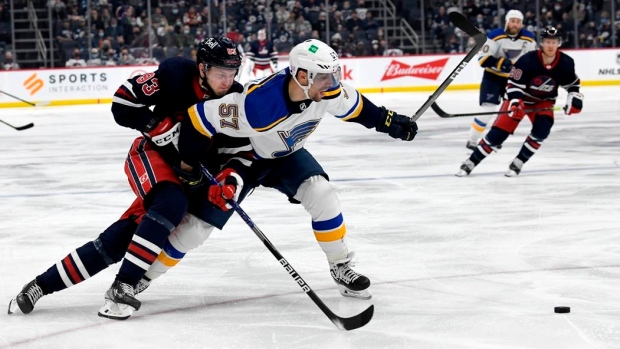 On the heels of a wild Week 9 in the NFL that delivered four of the five biggest upsets of the season, it was the NHL’s turn for a run of upsets on Tuesday night.

Scoring was down almost across the board as the under also went a combined 8-2.

Meanwhile, the NCAA basketball season tipped off with a full slate of games.

With the NFL, CFL, NBA, NHL and college football seasons underway, you might not be ready for a deep dive into college basketball just yet.

However, here’s something worth considering.

With scoring down across the board in the NBA, and with consideration to the lower-scoring numbers that we saw in other leagues earlier this year, I was looking forward to seeing how college athletes would fare early on this season.

Call it what you want, but the anticipation that totals would be slightly lower than expectation played out on opening night.

Seventy per cent of Tuesday’s NCAA basketball games stayed under the total.

Sure, it’s only one night. It’s a sample size, right?

However, as someone who placed a wager or 10 on college basketball totals last night, I thought it was worth sharing.

All six Canadian teams in action lost. Three of them fell in overtime or a shootout.

The San Jose Sharks (+195) gave us the biggest upset of the night with a 4-1 win over the Calgary Flames.

The upset snapped Calgary’s 10-game point streak. After a 6-1-1 start, the Flames have now dropped three of their past four.

Meanwhile, the Detroit Red Wings (+150) handed the Edmonton Oilers just their second regulation loss of the season with a 4-2 win.

The Red Wings have now won three in a row, including their past two against the Vegas Golden Knights and Edmonton.

The #NHLBruins beat Matt Murray three times in the second period, with Patrice Bergeron scoring the GWG as Ottawa's losing streak stretches to five straight…@DarrenDreger & @Linz_Hamilton on what went wrong for the Senators in the loss: https://t.co/wnIH3SBd3u#TSNHockey pic.twitter.com/mSUgICiG6n

I’m not sure how many times that it’s happened before, but the fact that all six Canadian teams in action all lost on the same night and five of them were betting favourites is certainly something.

The Chet Holmgren show has arrived at Gonzaga 🔥

It was the Bulldogs’ 52nd consecutive home win - the longest active streak in Division I.

While the Zags won easily as a -6000 favourite, the Trailblazers covered as a 40.5-point road underdog.

Meanwhile, No. 17 Ohio State barely survived an upset with a 67-66 win over Akron on opening night.

While the Buckeyes escaped with a win, there were some major upsets.

Northern Illinois took down Washington 71-64 as a +1100 money line underdog.

As mentioned above, 70 per cent of last night’s college basketball games stayed under the total.

Perhaps it’s something, perhaps it’s nothing, but I’ll be watching to see if it becomes a trend.

The College Football Playoff selection committee released their second round of rankings on Tuesday night.

Take a look at the full #CFBPlayoff selection committee rankings for games played through November 6.

Where does your team rank?

The biggest move was Michigan State’s drop from No. 3 to No. 7 following its loss to Purdue.

As many were quick to point out, the Spartans are now one spot back of No. 6 Michigan, a team they just beat two weeks ago.

Oregon moved up to No. 3 in the rankings while Ohio State filled out the final spot at No. 4.

Undefeated Cincinnati (9-0) is at No. 5 following a close win over Tulsa.

In terms of the national championship odds, No. 1 Georgia remains the obvious favourite to win it all at -125. No. 2 Alabama and No. 3 Ohio State are both +450 to win it all.

After that, there’s a significant drop off with the No. 8 Oklahoma Sooners as the fourth choice to win it all at +1400.

No. 3 Oregon is currently 30-to-1 to win the national championship.

Michigan is currently 80-to-1 to win the title, followed by Oklahoma State, Cincinnati and Michigan State all at 100-to-1 to win it all.