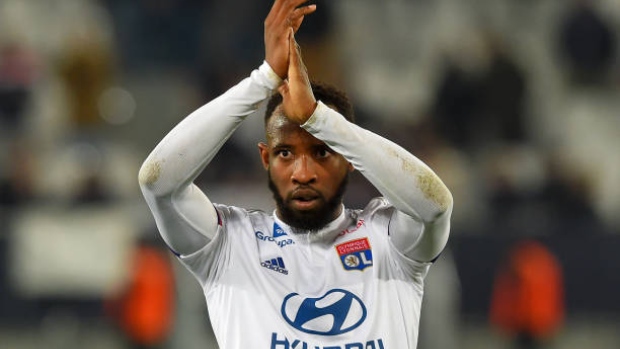 PARIS — A fine finish from coveted striker Moussa Dembélé and a deflected effort from Maxwell Cornet helped Lyon rally to beat Bordeaux 2-1 in the French league on Saturday.

Dembélé's firm drive in the 53rd minute came after he was set up by Cornet, who equalized three minutes earlier for Lyon.

Veteran forward Jimmy Briand put Bordeaux ahead in the 15th against his former club.

The win moved Lyon up to sixth place and Dembélé grabbed his 14th goal in 28 games.

With Netherlands forward Memphis Depay likely out for the rest of the season as he recovers from a serious knee injury, Lyon is fighting to keep Dembélé. Chelsea is reportedly keen on signing him during the transfer window this month.

Bordeaux pushed hard for an equalizer and defender Laurent Koscielny thought he had his first goal in France for 10 years, wheeling away in delight in the 84th.

It was a striker’s finish, too, as the centre half controlled a bouncing ball on his chest, held off defender Rafael and hooked the ball in while falling backward. But video replays showed he was marginally offside when latching onto a headed flick on from fellow defender Pablo.

VAR ruled out Koscielny’s first league goal in France since scoring for Lorient against Marseille in 2010, before he left to join Arsenal, where he stayed until joining Bordeaux in the off-season.

Briand pounced when an awful back pass from Lyon centre back Joachim Andersen went straight to him.

Reims missed the chance to move up to fourth place after losing at struggling Nimes 1-0.

Reims lost its spark in attack after selling lively forward Remi Oudin to Bordeaux for a club record 10 million euros ($11.1 million) on Thursday, and saw veteran midfielder Jacques-Alaixys Romao sent off after 57 minutes.

Montpellier climbed above Lyon into fifth spot after strikers Gaëtan Laborde and Andy Delort netted in a 2-1 win at Amiens, giving the southern side its first away win of the season.

Toulouse remained rock bottom after losing 5-2 at home to Brest, which trailed 2-1 until the 72nd minute.

Patrick Vieira's Nice side scraped a 1-1 draw at Angers.