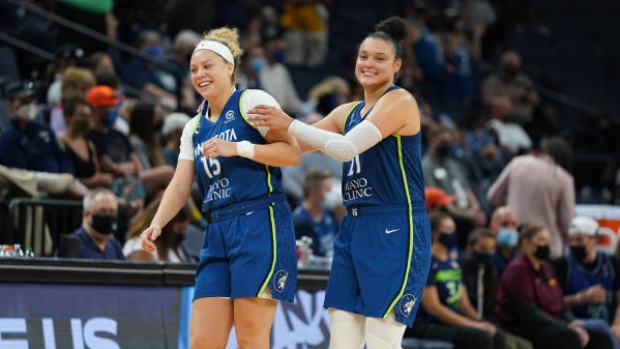 Minnesota (16-9) has won three straight games and nine of its last 11. The Lynx pulled within a half-game of Seattle for the No. 3 seed in the playoffs with seven games to play.

Sabrina Ionescu hit a 3-pointer to trim New York's deficit to 65-63 with 1:32 left. Bridget Carleton answered with a 3 on the other end and, after an empty possession by each team, Michaela Onyenwere was fouled as she shot a corner 3 and made all three free throws to make it 68-66 with 23.3 seconds to go. Kayla McBride made 4 of 4, and Aerial Powers 2 of 2, from the free-throw line from there to seal it.

Ionescu and Betnijah Laney scored 17 points apiece to lead New York (11-17). Onyenwere, the No. 6 overall pick in the 2020 WNBA draft, finished with 11 points and a career-high 10 rebounds — her first career double-double.

The Liberty have lost five in a row.

Sylvia Fowles (shoulder) and Layshia Clarendon (foot) did not play for Minnesota and the Lynx lost another starter when Damiris Dantas (foot) left the game in the third quarter and did not return.