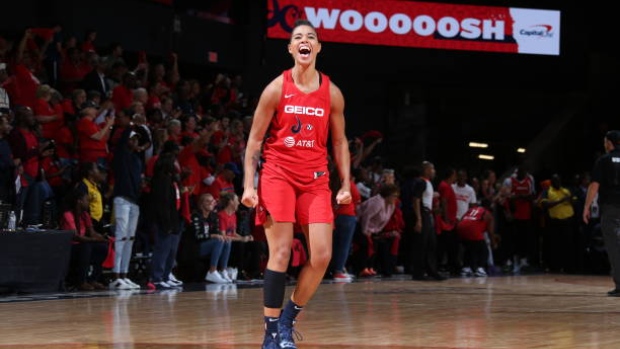 WASHINGTON (AP) — Natasha Cloud scored 21 points and Shavonte Zellous hit a pair of free throws with 4.7 seconds left to cap a second-half comeback in the Washington Mystics’ 76-75 victory over the Dallas Wings on Saturday night.

Washington was without Elena Delle Donne, who returned a week ago after missing 22 months following a pair or back surgeries. Delle Donne came out of Thursday’s game after 12 minutes as a precaution and is considered day-to-day. The Mystics also were without Tina Charles because of a left glute strain.

Dallas built a 17-9 lead after one quarter and a 35-19 advantage at intermission, but the Mystics scored 57 second-half points. Cloud, who scored all 21 points in the second half, hit three 3s and scored 15 points in the third quarter to help spark the rally.

Zellous hit a 3 early in the fourth to give the Mystics their first lead, 54-53 and Cloud and buried a long 3 30-seconds later to extend the Washington lead to four, 57-53.