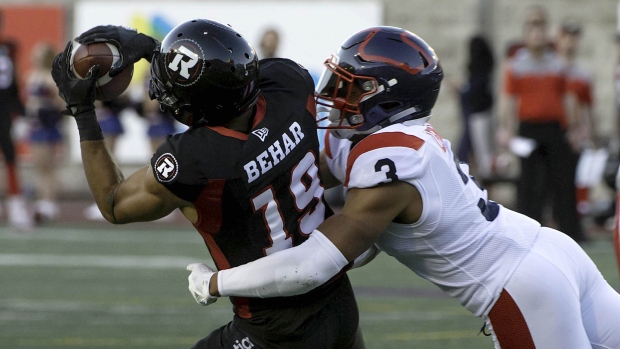 The Ottawa Redblacks have re-signed Canadian wide receiver Nate Behar through 2022, it was announced Thursday.

The London, Ont., native is coming off a strong 2021 season where he recorded 38 catches for 439 yards, including 128 after the catch.

“Ottawa has everything in place to be one of the great and successful franchises in this league. From the ownership group, the fans, the city and facilities,” said Behar in a news release. “I want to be a part of this organization’s rise.”

The Carleton University product is set to enter his fifth CFL season, spending the first two years of his career with the Edmonton Elks.