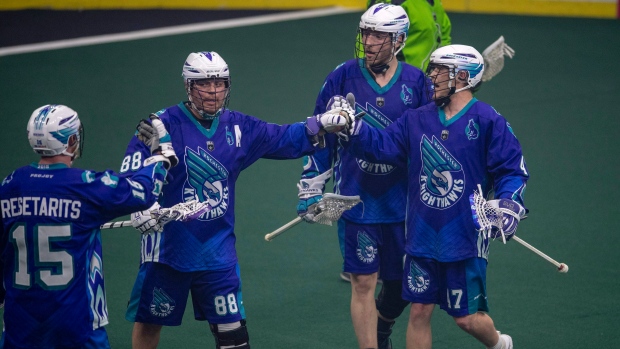 PHILADELPHIA — The National Lacrosse League will form a third division next season after adding two teams and relocating another franchise.

The league, now featuring 13 teams, will have a North Division in 2019-20 to go along with the East and West divisions.

The Halifax Thunderbirds, who have relocated from Rochester, N.Y., will be in the North Division with three former East entries — the Toronto Rock, Buffalo Bandits and Rochester Knighthawks.

The Knighthawks maintain their longtime name, but are an expansion franchise with new ownership.

The other expansion team — the New York Riptide — will play in the East with the Georgia Swarm, Philadelphia Wings and New England Black Wolves.

The division winners will receive the top three seeds in the eight-team playoffs. The three second-place teams also get playoff spots. The final two post-season spots will be awarded to the teams with the next best records.

Teams in the North and East will play the other three teams in their division three times, while facing non-divisional opponents once.