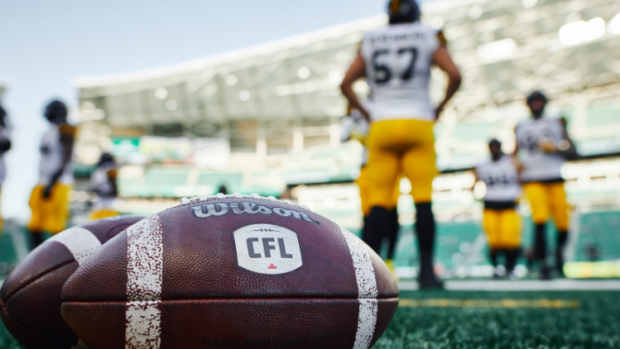 And so it ends, just as one might have figured way back in March, when the reality of the pandemic was just starting to hit the Canadian Football League.

There isn’t going to be any CFL football in 2020 and how the league gets to 2021 is going to be a complicated matter, much of which sits beyond the league’s control.

It's always been clear that the CFL was going to be far more vulnerable than its major-league cousins in football, baseball, hockey and basketball because it exists in a world  where teams draw between a third and a half of their revenues on game day. With no fans in the stands, the CFL was always going to need another source of revenue to make this season practical.

From the outset, that meant turning to the government. It was a strategy that reeked of desperation, but was really the only one the league had besides the owners reaching into their pockets to spend even more on top of the millions they are already assured of losing this season.

The initial request for as much as $150 million before a parliamentary committee, the subsequent offer of a high-interest loan, and the final rejection late last week all suggested tepid interest from the federal government.

The WE Charity scandal surely didn’t help the optics of subsidizing professional football. The government learned through its experience with the Blue Jays that people are more likely to cheer than not when you say “no” to pro sports in the middle of a pandemic.

What’s not clear is just how many of the nine teams were actually on board with that idea of playing a season, and under what circumstances. There have been whispers throughout this process that the will to play was not shared equally among all teams and that one or two may have been against it, which no doubt complicated matters behind the scenes.

There’s certainly an argument that the 2020 season should have been set aside back in the spring, giving the players some clarity and the league a head start on the challenges of a 2021 return. Right now, that feels like it would have been preferable.

There was always a risk that stretching the calendar in an attempt to play would end up with a  worst-case scenario: months and months of uncertainty with player tensions bubbling to the surface and no football. That’s left plenty of acrimony lingering over whatever is to come.

These past few months have revealed that is there is precious little respect between the owners and players in this league. Many players have been openly critical of the league and commissioner Randy Ambrosie, and don’t understand why they had to go through this process feeling like they were in the dark. Some within the league saw the players as opportunists at the bargaining table when the pandemic hit and claimed a delay to the season constituted breach of contract.

There were apparently times that Ambrosie seriously considered shutting things down, but on two occasions the league was encouraged by the federal government to continue talking about ways it could support a 2020 season. Somewhere along the way the feds must have sensed that, playing or not this year, the CFL is in for some challenging times ahead. So they've focused their commitment on helping the league beyond this season, although it's not clear exactly what that means.

There is a short-term to-do list as the off-season begins today, including deciding what to do with player contracts for 2020 and the status of players in general. The bigger issues involve making sure nine teams are committed to carrying on and hammering out a new CBA with the players, which could include some drastic changes to the business model.

The only thing for sure is uncertainty and pain.

The pandemic will soon wipe out reserves for the league’s three community-owned teams, which enter this off-season with no revenue streams beyond what they can produce in season ticket sales for 2021. That brings us to the question of how many of the league’s six private owners are game to keep spending so that they can try this again in 2021.

The harsh reality is that unless teams are going to be allowed 15,000-20,000 fans in stadiums next summer, the CFL is going to need a benefactor of some kind – be that the government, the NFL or some other private investor.

If one can’t be found, 2020 might not be the only cancelled season.